Summary: Old battlehorse Jaw Shaw-kong makes a bid for KMT chair. The White Wolf claims to have young “red troops” for China. The Huang Jie recall vote is this weekend, what does it mean and how will it go?

With the strong backing of former KMT presidential candidate Han Kuo-yu, Jaw Shaw-kong (趙少康) has announced he plans to run for KMT party chair and filed paperwork to rejoin the party.
In his announcement he said “The blue camp is now disappointing people. A vigorous person is needed to lead.”
However, according to KMT regulations, a party chair candidate has to have joined the party for a minimum of one year and must have previously held the post of KMT central standing committee member or central review committee member.
The rules mean that Jaw is unqualified to enter the chairmanship race.
However, the party has changed its rules before.
Plus, there is talk that KMT chair Johnny Chiang may appoint him as a central review committee member.
Two somewhat iffy online polls show him as the frontrunner, beating out Eric Chu, Hou Yu-ih and Johnny Chiang.
Another possibility is he may be eyeing a run in 2022 if a poor election turnout forcing the then chair to resign.
Originally called a political “golden boy” of the KMT during the martial law era, Jaw left to become one of the founders of the New Party, and came in second in a run for Taipei mayor, losing to the DPP’s Chen Shui-bian, but beating out the KMT candidate.
He has owned and run several radio stations and is also a well-known commentator.
And that creates another potential problem.
The National Communications Commission pointed out that the Broadcasting Corp of China (BCC) could be fined up to NT$2 million if BCC chairman Jaw simultaneously serves as chairman of the KMT.
The Radio and Television Act states that political party workers, political appointees and elected public officials may not invest in radio or television businesses, nor can they serve as promoters, directors, supervisors or managers of a radio or television station.
He’s 70 and known for being pro-unification with China, so no doubt he’ll be a real hit with the younger generations if he were to actually win. Not.
He’s old school of the type as in “the eighties called and want their ideology back”.
When asked if he was considering being involved in the 2022 elections as a candidate, he said would be concentrating on his role of assisting the candidates.
And is he eyeing a run in 2024 for president?
His answer was in English: “Never say never”.

White Wolf claims to have young “red troops” for China

Speaking of pro-unification politicians, in an interview on China National Radio China Unification Promotion Party (CUPP) founder Chang An-lo (張安樂) said that he has “converted” young people in central and southern Taiwan whose political leanings were more toward the pan-green camp, turning them into “red troops” who promote unification with China.
“I just took them to a few events, and then they became Chinese patriots.
Now it is they who are converting the youth and taking them on trips to the motherland.
Chang added “one convert told him that he would sacrifice his own life to be a martyr in the fight for unification.”
China is my motherland,” he said.
DPP legislators Fan Yun (范雲) and Mark Ho (何志偉) on Sunday said that Chang’s statements amounted to a public call for Taiwanese to surrender to China, and urged authorities to investigate his claims of having recruited young people.
So, who are these young people?
The most obvious guess is temple toughs.
Temple toughs are essentially gangsters associated with temples, and have some linkage to the militias that used to keep local communities safe during clan warfare that was common during the Qing Dynasty.
Every year rival gangs show up during the massive Dajia Jenn Lann Temple Matsu pilgrimage in downtown Changhua, and battle each other over access to the palanquin that holds the Matsu statue.
Today, many temples are intertwined with local KMT patronage factions and gangs.
This is in part because they are conservative, and probably more because temples are the perfect money-laundering operations because laws largely protect them from scrutiny.
Money from China to buy influence is known to also flow through temples.
Chang is also known as the “White Wolf” and cut his teeth as a leader in the Bamboo Union triad.
He was once jailed in the United States for connection with a murder there of a Taiwanese dissident at the behest of the KMT, and after later being charged with organized crime in Taiwan he fled to China, where it appears he got into bed with the United Front.
He returned to Taiwan eventually and became a leading pro-unification figure outside the KMT.
His background probably would also appeal to temple toughs.
Overall, however, it is highly unlikely he has made very many converts.

The Huang Jie recall vote is this weekend

Following the successful “revenge” recall of DPP Taoyuan City Councilor Wang Hao-yu (王浩宇), led by supporters of ousted Kaohsiung Mayor Han Kuo-yu, all eyes are now on this weekend’s recall vote on Kaohsiung City Councillor Huang Jie.
Huang was formerly of the New Power Party (NPP), and is currently an independent.
She became famous for her questioning of Han in the Kaohsiung City Council.
Supporters of the recall are going to have a much bigger fight on their hands this time than they did with Wang.
Wang made his name for his social media following, and parachuted in to his former Zhongli District constituency.
He was known for his outrageous and offensive social media posts.
The DPP didn’t lift a finger to defend him, and the recall easily passed.
Huang is a totally different character.
She is from her district, is known as conscientious, a hard worker and isn’t offensive or abusive online.
Indeed, as a pro-recall campaign truck drove by, she was photographed holding her hands up in a heart shape, which she said was to show the warmth and love of the people of her Fengshan District.
Her opponents put up a poster on one of their campaign trucks using a vulgar slur against her.
Interestingly, unlike with Wang, the DPP–under orders from President and party chair Tsai Ing-wen herself–is supporting Huang vigorously.
Young political stars like the DPP’s Enoch Wu and fellow former NPP member-turned independent Freddy Lim have come to campaign with her.
So why is the DPP supporting an independent?
The most obvious reasons are that she generally votes with them, and of course to spite the KMT.
One other strong possibility comes to mind: to recruit her to the DPP.
The DPP has successfully recruited Lin Fei-fan of Sunflower protest movement fame, Enoch Wu and Fan Yun, formerly leader of the Social Democratic Party.
The only polling I’ve read about on this race took place mid last month, and it suggested there would be 41 percent turnout, with 55 percent of those opposed to the recall and only 29 supporting it. Ketagalan Media: A Glimpse of Our Stressed Climate Future 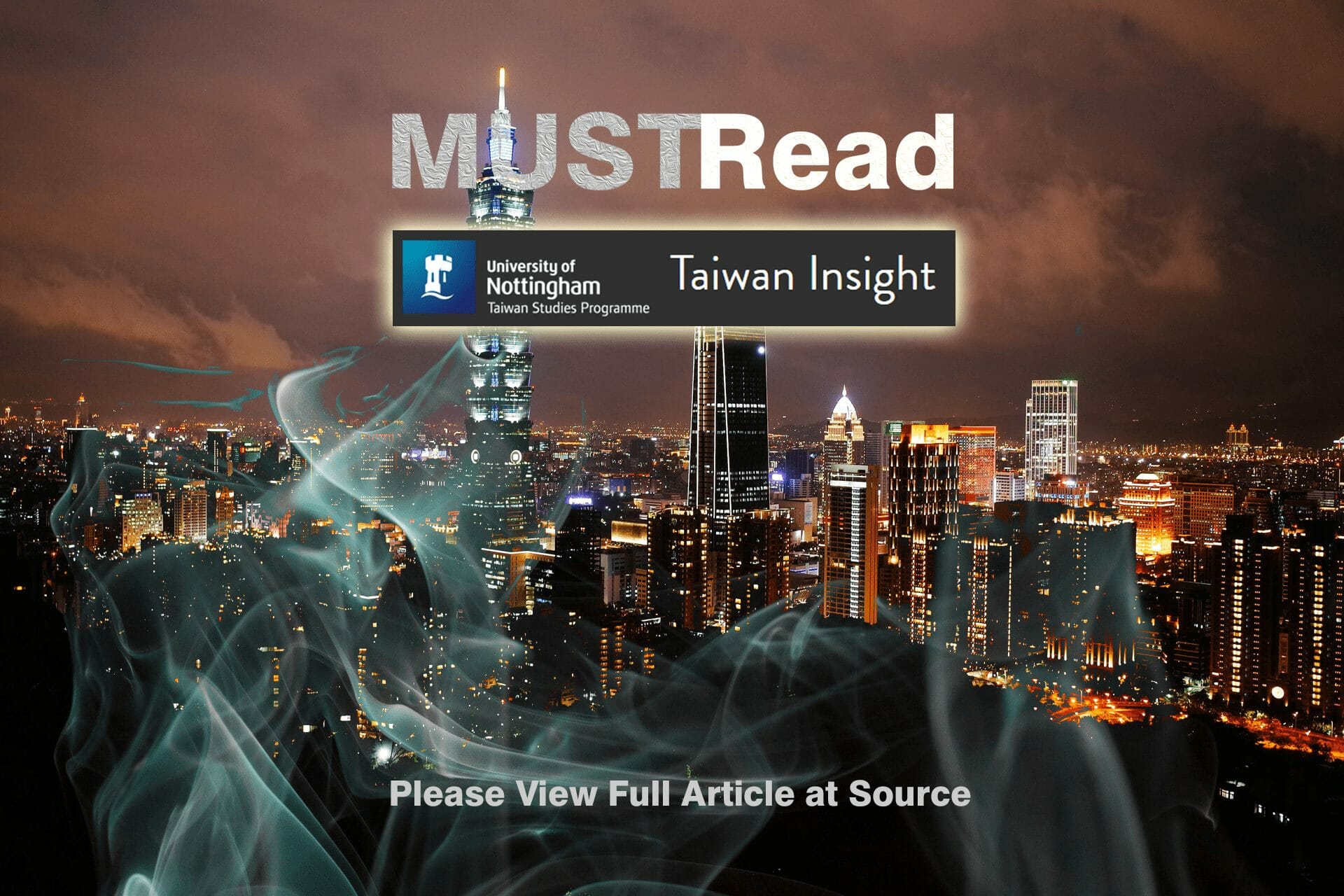 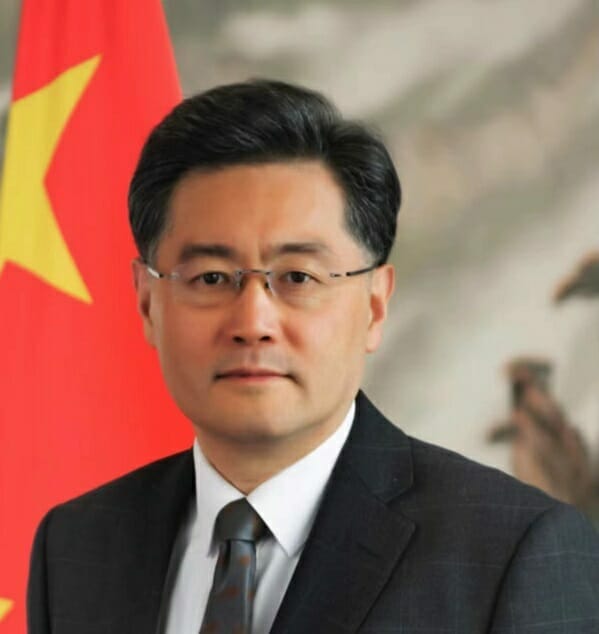 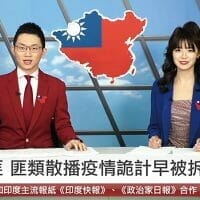 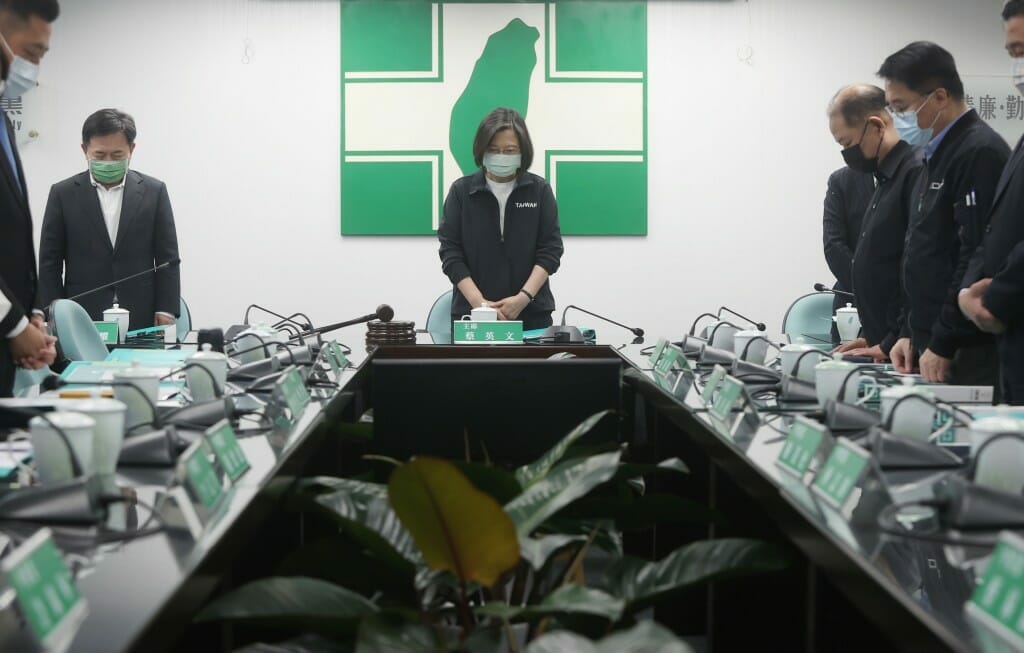