Taiwan confirmed no new cases of the COVID-19 coronavirus for the 10th consecutive day on Sunday.
It was also the 35th straight day with no domestically transmitted infections.
If we reach 14 consecutive days with no new cases, collectively we’ll have reached the standard time length for quarantine.
There are proposals for easing various things being discussed, articles on which I’ve linked to on Report.tw.

Ministry of Foreign Affairs announced on Friday seven more foreign news outlets have applied to open bureaus in Taiwan this year, including the New York Times.
Including the new applications, 59 foreign news outlets are stationed in Taiwan from 16 nations.
With China expelling journalists in response to US moves against their state-owned mouthpieces and Hong Kong’s freedoms rapidly eroding Taiwan is looking better and better.
This is good news for Taiwan, and should result in more and better coverage.
Events like the Sunflower Movement were criminally under-reported in the world press.

Cyberattacks on the rise

An article in ZDNet (which is linked to on Report.tw) reported something rather alarming but also interesting in how it works:
Hackers believed to be operating in the interests of the Chinese government have targeted the air-gapped networks of the Taiwanese and the Philippine military.
Trend Micro says the attacks have been carried out by a group known as Tropic Trooper, also known as KeyBoy.
Attacks involved the use of USBferry, a malware strain that contains a feature allowing it to self-replicate to removable USB devices, such as thumb drives and portable storage systems.
Trend Micro says the point of these attacks was to allow hackers to reach inside air-gapped (isolated, internet-disconnected) networks operated by the Taiwanese and the Philippine militaries, and other targets.
The malware would infect a system with fewer security protections, then wait for a USB device to be connected, infect the device, and wait to be ferried to other parts of a victim’s internal network.
On the new device, USBferry would collect sensitive documents inside the USB device’s internal storage, and wait until it was ferried back to another internet-connected device, where it would send the data back to Tropic Trooper’s command and control servers.
I reached out to a professional analyst about how worrying this is, and his response was “if the military sticks to proper security protocols then it’s not that worrying…IF”.
That’s a big IF!

Meanwhile in similar news, Taiwan’s Criminal Investigation Bureau (CIB) is investigating an alleged cyberattack on the Presidential Office, after some members of the country’s media on Friday received what the Office said were altered documents pertaining to two April meetings between President Tsai Ing-wen (蔡英文) and Premier Su Tseng-chang (蘇貞昌).
The spokespersons’ office of the Presidential Office said Friday night that the documents, which claimed to reveal a “Tsai Ing-wen plot,” had been forged and altered, and asked the media not to publish quotes from them.

A hint that ECFA won’t be renewed

The Chinese Communist mouthpiece Global Times, in a piece entitled rather hilariously “Mired in uproar and panic, Taiwan’s DPP a clown in their self-directed political soap opera: experts”, I noticed something interesting in this paragraph:
“Yang noted that pro-secessionist moves would never succeed. Taiwan will face a massive economic blow when ECFA stops without extension this year. Chinese People’s Liberation Army’s recent drills have already sparked discussion of taking over Dongsha islands, which is controlled by Taiwan, in the South China Sea. Since Tsai Ing-wen took over the reins of the island, seven countries have cut off “diplomatic ties” with Taiwan.”
The person quoted, Yang Lixian, is a research fellow at the Beijing-based research center of cross-Straits relations.
I should note Yang is not an official government spokesperson, but being in the Beijing-based research center of cross-Straits relations it isn’t unreasonable to guess Yang is likely to be in touch with policymakers.
Plus, this was run in a state-run outlet.
Aside from the typical bluster about losing diplomatic partners, and the threats of war and invasion, which has become more common recently, something else really jumped out.
Yang said “when ECFA stops without extension this year”.
“When ECFA stops”, not “if ECFA stops”.
ECFA is a trade agreement with China that went into effect during the Ma administration, that does indeed expire this year.
This could come as a blow to some businesses, possibly including local farmers exporting to China.
On the other hand, this may further the Taiwan government’s efforts to disentangle economically from China.

The TPP makes a pan-green move as DPP retreats

Regular listeners to the show will know I’ve been following the proposal put forward by a DPP lawmaker to remove “unification with China” as a national goal from the Act Governing Relations Between the People of the Taiwan Area and the Mainland Area (台灣地區與大陸地區人民關係條例).
The reason is because how the various parties react to this is very revealing.
The proposal passed first reading and went to committee, then the lawmaker pulled it, clearly on orders of the DPP.
He said with Tsai Ing-wen’s inauguration approaching, he did not want the proposals to be a source of contention for China and opposition parties, which would give Beijing a pretext for saber rattling and undermining peace.
The PRC response was what you’d expect: Hostility.
The KMT response was interesting, saying they wouldn’t block it but questioned the timing and citing the need for more discussions on the issue.
Now we have two other responses I’d been waiting and watching for.
The first is unsurprising: The Taiwan Statebuilding Party via their legislator Chen Po-wei (aka “3Q”) is planning to introduce a similar bill.
What was interesting is what he had to say about it, this from the Taipei Times:
“No one should apologize for their self-identity,” Chen wrote, quoting the president.
However, the People’s Republic of China (PRC) refuses to acknowledge that it is part of the Republic of China, which is the premise of the existing act, Chen wrote.
“Therefore, we would acknowledge that the PRC is a sovereign nation, to spare our neighbor from being oppressed by the nation’s [Taiwan’s] laws,” he wrote, adding that “real love sometimes means setting each other free.”
The other response is very interesting indeed.
The Taiwan People’s Party caucus came out strongly in support of the change, even likening the existing law as “treason”.
This puts the TPP more into the green end of the spectrum than the DPP–at least on this issue.
This is fascinating as the general perspective on the party up to now has been they are light blue.
It is also interesting because slowly we’re beginning to start to see some outlines of a distinct political agenda with actual policy stances on controversial issues.
Another interesting point is that party chairman and current Taipei Mayor Ko Wen-je recently seems to have taken a step back, allowing the TPP caucus to be the face of the party.
The caucus also travelled to Chiayi to help campaign for a by-election candidate.
The TPP still has a long way to go before it is a coherent political entity.
They’re way behind the two big parties on all levels in terms of infrastructure, people, connections, experience, brand image and policy platform.
They did, however, pull ahead of the KMT in public support in a pan-green outfit’s poll recently.
The poll may not be entirely accurate, but the TPP could be on the way towards becoming a viable political force.
The party’s most recent actions are encouraging on that front, but there is still a long way to go yet.

I was wrong, but why makes Han’s call that much more mysterious

I must apologize, I got something wrong on the show yesterday.
I also need to thank Cat Thomas for pointing it out to me.
On the vote to recall Kaohsiung Mayor Han Kuo-yu (韓國瑜) to take place on June 6, I was right that there needs to be a 25% voter turnout for it to be valid, and that a majority must vote for the recall for it to be effective.
That’s true, and that is what is usually reported in the papers, but there is something else I didn’t know.
The total number of yes voters needs to exceed 25% of the electorate.
Well, that totally trashed my “lower overall turnout” theory for why Han has called for his supporters to not show up to vote in the recall.
But that begs the question, why did he do it, then?
Wecare Kaohsiung founder Aaron Yin (尹立) and co-organizer of the recall campaign said that the message was a trick, and that if Han is recalled he would say that it was because his supporters did not vote.
Maybe, but since polls have been consistently showing he was going to lose anyway, that seems like a weak explanation.
And if some of Han’s supporters do take up his call to not vote, it will only make the voter margin voting yes even more overwhelming and embarrassing.
Doing the math on the polls–which you can conveniently see on the blog Frozen Garlic–shows that by turnout the “yes” voters would be in the mid 30s, well above the 25% threshold.
So, trying to figure out what Han was up to, I watched the video where he made his announcement, which is called “Han Kuo-yu speaks from the heart”.
The video is professionally done, suggesting that this was planned at least over a couple of days, if not longer–so this was no off-the-cuff Han gaffe.
In the video Han, overlaid with sappy mood music, does appear to be speaking from the heart.
He addresses the recall vote directly, but says this is all he’s going to say about it.
He said he respected the democratic process, which is odd considering he’s launched multiple legal challenges on it.
He talked about how he’d worked hard, had a clean government and so forth.
But mostly, and I think this is the key, he was speaking to his supporters: This was a video for them.
He talked about how many people showed him their concerns over the recall vote, and in the video he is reaching out to them, showing them he cares about them in return.
In his segment asking them not to vote, he couched it in terms that appeared to make it seem his call was more about his concern for them than his concern for himself.
He said that everyone, while observing disease prevention measures, should instead “go out for a stroll, spend money and, as much as possible, not allow their lives and their businesses to be affected by politics.”
Fundamentally, this was an emotional appeal to his supporters to prepare them for the ultimate result.
By keeping them away from the polls, that reduces the risk of violence or trouble, but also reduces the heartbreak and disappointment many of his devoted fans would no doubt feel otherwise.
And that is what I think is the real message he was delivering to his loyal supporters: Live your life, don’t let this bring you down.
This may not have been a political ploy to help win the recall at all, this may be his way of letting his fans down gently, and keep their loyalty going forward.

ASPI: Beijing’s ‘two sessions’ give no hint of compromise on Taiwan 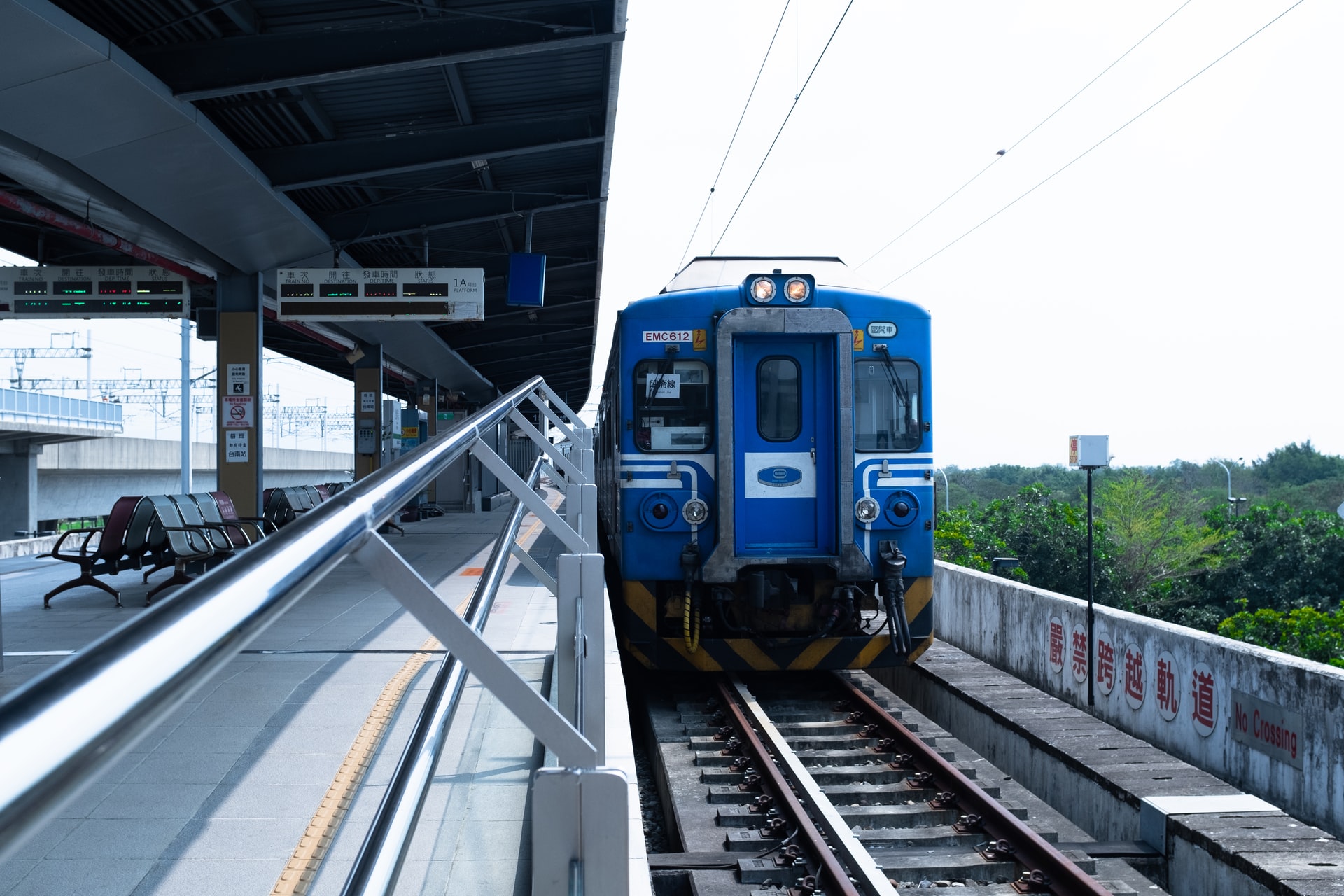 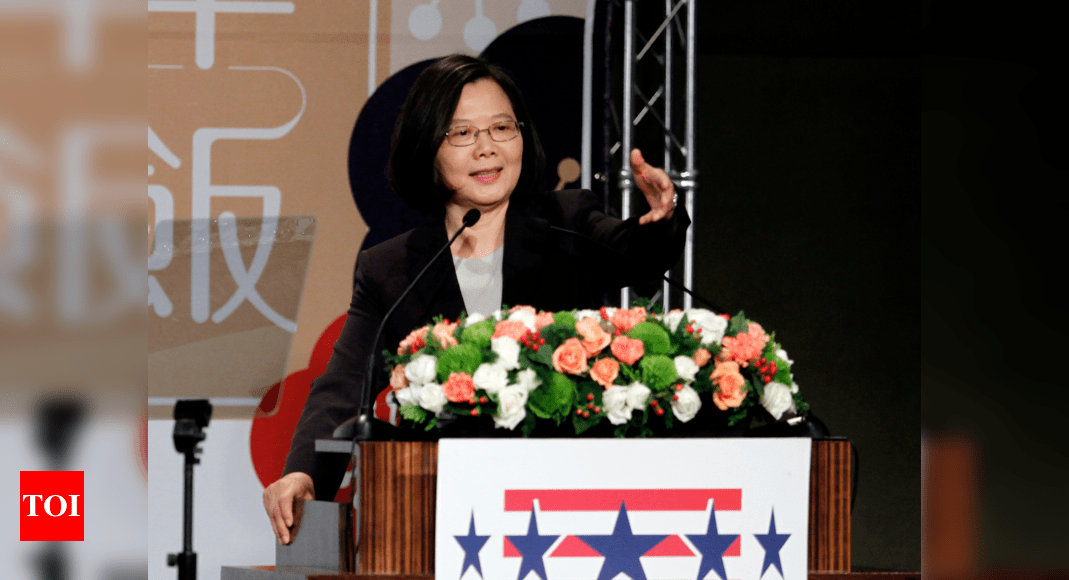