Water supplies are looking worrisome.
Mingde Reservoir in Miaoli County is running dry at just 16.46% capacity filled up.
At Nantou County’s Wushe Reservoir and Tainan’s Baihe Reservoir, things are even worse: water levels there have fallen to below 15% capacity.
Cloud seeding efforts are underway to boost rainfall, but not much rain is expected by the end of the year.

The Central Epidemic Command Center (CECC) has changed Australia’s classification from a low-to-moderate risk country to a low-risk country.
This allows business travelers from the country to shorten the period of time they must remain in quarantine upon arrival in Taiwan.

“U.S. presidential election” was the most-searched-for item on Google in Taiwan in 2020, followed by “Wuhan pneumonia”, which is the term used in Taiwan for Covid-19.
A majority of Taiwanese supported Donald Trump in the election due to the Trump administration’s increased support for Taiwan, and there is uncertainty about the incoming Biden administration.
Few Taiwanese were concerned with US domestic politics.
Government vouchers and popular entertainment made up most of the rest of the list.

Standard Chartered Bank is forecasting that the economy would grow 3.3 percent next year, and 1.8 percent this year.
The projection is more conservative compared with the government’s estimate and those predicted by other forecasters.

A couple of shows back I speculated that the pro-China CTiTV News, which goes off the air Friday, will move to online.
Turns out they will, according to this Reuters report:
Sky Liang, the vice president of CTi’s news department, told Reuters it would keep broadcasting, but online, and that its YouTube channel had gained some 440,000 new subscribers in the last few weeks, taking its tally to 1.7 million.

Taiwan’s Health Promotion Administration (HPA) has said that it will propose eliminating a controversial law that requires women to get permission from their spouse before having an abortion.
The HPA made the announcement in response to a petition on the government’s Public Policy Proposal Platform, which argued that the requirement in Article 9 of the Genetic Health Act infringes on women’s reproductive rights.

Under the name Taiwan FDA, the country became a full member of the International Cooperation on Cosmetics Regulation (ICCR) at an annual meeting held on Dec. 7
The ICCR is an international group of regulatory authorities from Brazil, Canada, the European Union, Japan, and the United States, that works to promote regulatory alignment in order to maximize consumer protection while minimizing barriers to trade.
China isn’t a member, and with Taiwan a member it now isn’t likely going to be.

Taiwan and Saudi Arabia has signed an accord to avoid double taxation and income tax evasion, the first with an Arab nation.
To date, Taiwan has tax agreements with 34 countries.

Johnny Chiang (江啟臣), chairman of the main opposition KMT, said during a visit to the National Human Rights Museum Thursday that as the sole ruling party in Taiwan’s past authoritarian period, the KMT must be humble and truly face up to its past mistakes during the White Terror era, which began soon after the 228 Incident in 1947 and lasted until 1987, in which thousands of people were killed, imprisoned or disappeared as Taiwan was placed under martial law.
The very same day, commenting on DPP opposition to KMT attempts to freeze the special budget for building indigenous submarines, Chiang said “if they don’t publicly allay concerns and the people aren’t allowed to raise doubts, what is the difference between this and the White Terror?”
The difference is that it is not a one-party state or martial law, and–to use Chiang’s words–no “people were killed, imprisoned or disappeared.”
He was referring to the DPP using their parliamentary majority to their advantage, saying it is the role of the legislature to freeze the budget to examine it and provide oversight.
However, the DPP was elected with a majority and are exercising their rights under the rules of the legislature.
The KMT lost at the ballot box, not as the result of government repression.
In related news, Eric Chu, referring to the non-renewal of the CTiTV News license, said that human rights under the DPP were “麥娜絲”, which is a transliteration of the English “minus”.

About a week-and-a-half ago state-owned oil supplier CPC Corp., Taiwan celebrated the arrival of the first crude oil shipment from its production facility in Chad, touting the delivery as the first step in its efforts to promote national energy independence.
The shipment of 95,000 barrels of crude oil arrived at Kaohsiung, more than one month after it departed a port in the African country of Cameroon.
That is concerning, one month makes it an easy target, though long lead times before oil reaches Taiwan is normal–but they’re often under other, more politically sensitive ownership that the PRC would be less likely to interfere with.
The CPC said it represented a significant milestone since the CPC first began its efforts about 40 years ago to explore oil and nature gas resources overseas.
While it is good news they now have the capability, 40 years isn’t very impressive–though traditionally state-owned company plum positions were used for political patronage, so perhaps not so surprising.
The CPC now has invested in oil exploration and production at eight sites in six countries–the United States, Indonesia, Chad, Niger, Ecuador and Australia–with the projects in Australia and Ecuador currently in the production phase.

More support for people from HK and Macau coming

With the number of Hong Kongers applying for residency in Taiwan skyrocketing 71.7 percent in the first 10 months of the year compared with a year earlier–and expectations it will pass 10,000 for the year–it makes sense to re-think the process as it is likely to intensify.
The Mainland Affairs Council (MAC) has announced it has drawn up proposals to make it easier for those categories of Hong Kongers to obtain Taiwan visas and work permits.
A MAC spokesman said the goal of the proposals is to ease the visa rules for professionals and outstanding graduates who wish to work or further their studies in Taiwan.
A proposal to implement a “green lane” between Taiwan and Hong Kong has also been put forth, with the aim of expediting the process for businessmen who wish to invest in Taiwan.
He added that Hong Kongers who wish to come to Taiwan because their freedom and security are in imminent danger due to political factors should follow the existing rules under the Laws and Regulations Regarding Hong Kong & Macao Affairs, but did say that it will revise the relevant procedures if the existing ones prove inadequate.
Currently for an investment visa, applicants only need to invest NT$6 million (US$210,276), less than half of the NT$15 million or more that many other nations require.
Of course, making things easier for Hong Kongers to emigrate to Taiwan is an excellent thing.
However, it is clearly not only already heavily weighted to those considered “desirable”, they want to tip the balance even more.
There are plenty of indications that those fleeing for political reasons, but without strong professional skills or plenty of money, are already in a kind of limbo–especially the ones arriving illegally because the Chinese government won’t let them escape legally.
Those people, yearning to be free, are also desirable.
Another issue here is Taiwan’s lack of refugee laws, which has been discussed before.
Additionally, while welcoming Hong Kongers helps the problem, since 2017, of Taiwan’s shrinking workforce–and this year shrinking population–and should be encouraged, what about the 20,000 or so permanent residents who have lived here for years to qualify for just that, and the hundreds of thousands of non-perminent residents in Taiwan?
They certainly could help address those issues, in addition to welcoming Hong Kongers.
Make no mistake, welcoming Hong Kongers is a must, but the DPP administration shouldn’t be so specifically compliant on the long-standing KMT practise of allowing ethnic Han from wealthier countries in for citizenship as part of their pitch that they represented China, while ignoring everyone else–incidentally as well as ethnic Han from poor countries, including the descendents of ROC soldiers who fled to southeast Asia.
Taiwan is a multi-ethnic country to begin with, which the president frequently praises, but apparently the goal is continue to decrease that diversity, not bolster it.
Am I being self-serving here?
Of course, but then I’ve lived most of my life here–as have many others–and the difficulty of gaining citizenship is deeply frustrating.

I came across an article in the Indian media outlet Bollywood Hungama which, while a departure from my usual more serious subjects, demonstrates soft power at its finest–which is one of the few channels Taiwan that isn’t fraught with challenges.
For background, China has recently been ramping up their threats and bully behavious in India, including border incursions that have led to deaths, sparking outrage in India.
They also tried to bully media outlets from not covering Taiwan’s national day, again sparking outrage in India and an outpouring of support for Taiwan.
Chinese diplomatic “wolf warrior” Twitter responses have been belligerent.
Indian media has recently been talking a lot about the need to improve relations with Taiwan, ranging from increasing economic and personal ties, to military intelligence cooperation to full on diplomatic recognition in a few cases.
Actor Swara Bhasker is currently in a Netflix’s series Bhaag Beanie Bhaag, a romantic comedy with the actor trying out her career in standup comedy.
The actor, who has a following of 1.2 million on Twitter received this unusual Tweet:
“Hi Swara, this is Dr Mumin Chen, Deputy from Taiwan Representative Office in India and friend of @theUdayB.
Congratulations on the success of your new drama!
May I request you to say hello to our president @iingwen and Taiwanese audience?
They can watch your drama from Netflix”
Clever move on his part…if she responds.
She did, Tweeting “Hi sir! Thank you for ur generous feedback on #BhaagBeanieBhaag Yes pls do encourage friends in #Taiwan to watch it & my regards to President Tsai @iingwen I have admired her for her conviction & political resolve.. and of course Taiwan’s admirable handling of COVID-19. #rolemodel.”
Here, in one fell swoop, Mumin Chen has engaged with a huge Twitter audience, and gotten a glowing response that gained praise, and attention for both his president and his country.
The responses were overwhelmingly positive to Taiwan and President Tsai, though some clearly weren’t fans of Bhasker–but such is Twitter.
It gets better, President Tsai added her voice to the conversation:
“Good to know we’ve got good friends in #India, especially one as creative as you!
Thank you for bringing laughter & courage to people around the globe during this challenging time.
We welcome you to #Taiwan once international travel is safer.
Good luck with #BhaagBeanieBhaag!”
Of course, it is hard to quantify how much impact something like this has, but Taiwan and the president come across as friendly, warm and approachable–the exact opposite of the Chinese “wolf warriors”.
There is no mistaking Taiwan and China here.
And that’s important.
And who knows, pretty much everyone loves a little Netflix time, its entirely possible some people in power know about this exchange.
There is no way they could come away with a bad impression here. 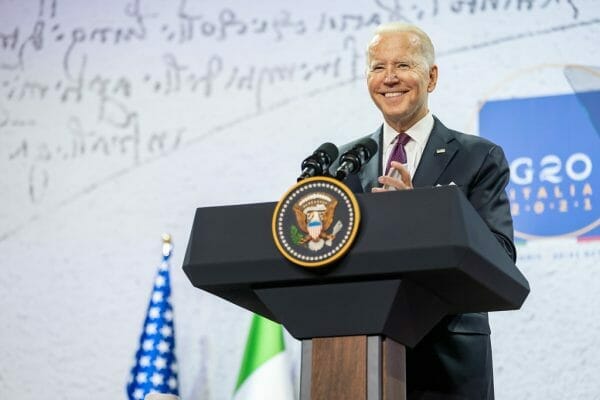 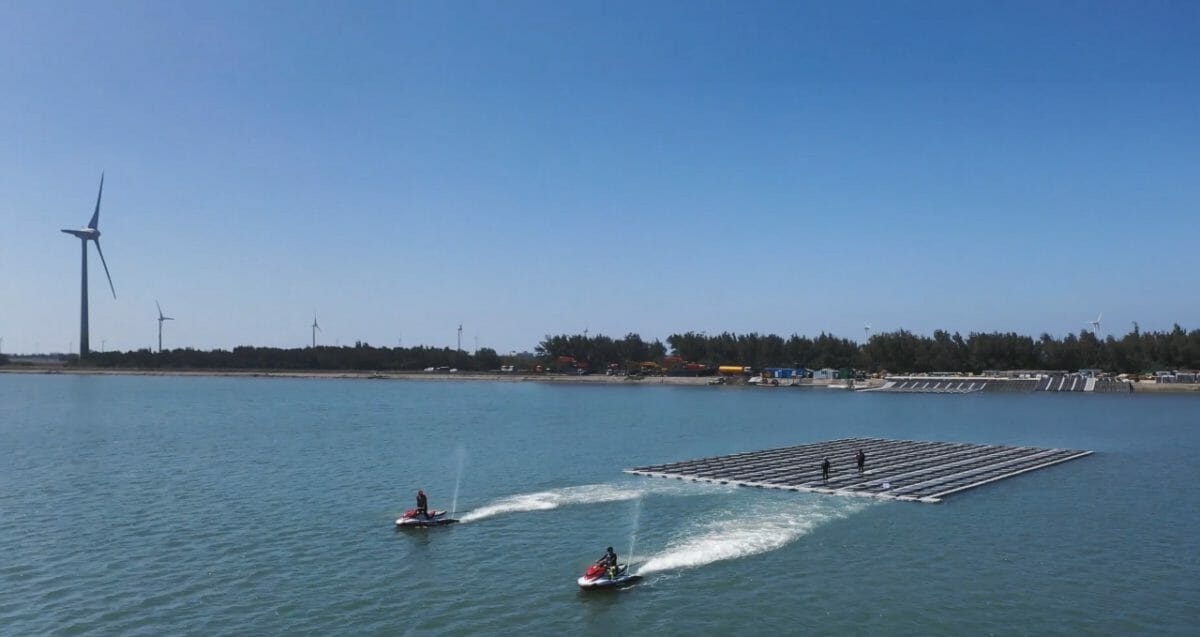 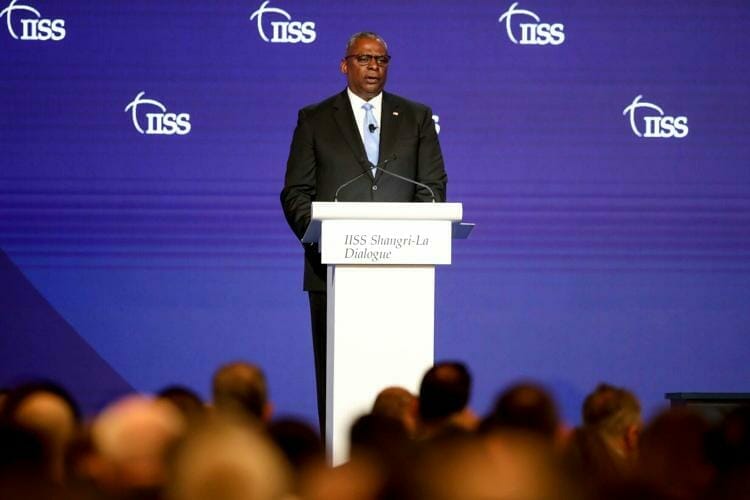 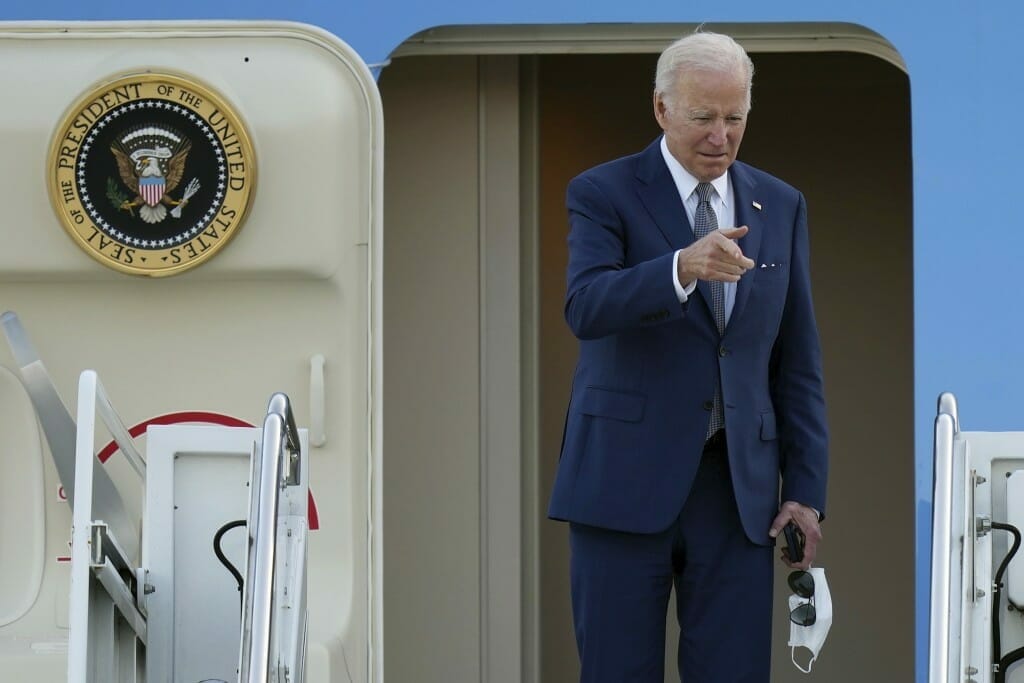 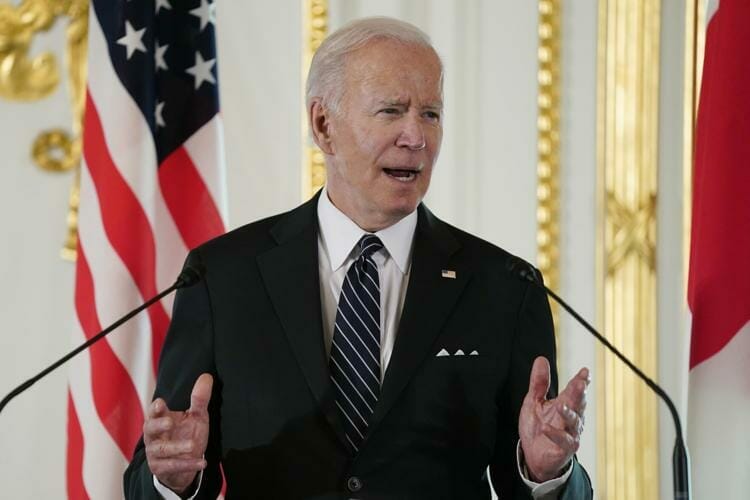