Both the KMT and DPP are campaigning on the battle for sovereignty in this election.

KMT candidate Han Kuo-yu has repeatedly campaigned with the warning that this election is about the survival of the Republic of China.  By this it can be assumed he is referring to the ideals, history, name and future of a party devoted to a future “reunification” of China and Taiwan.  He likes to sing old martial and patriotic ROC songs at his rallies, harking back to the martial law era in Taiwan and the era when the KMT ruled China.  By implication, the DPP and President Tsai Ing-wen are a threat to this vision of the Republic of China, and may openly declare a “Republic of Taiwan”.  Elect Han and the KMT to preserve the nation!

Incumbent president and DPP candidate Tsai Ing-wen is campaigning on preserving the sovereignty of, to use her term, “Republic of China Taiwan”.  Her campaign is about preserving the sovereignty that Taiwan already has from Communist China’s threats and encroachment, as well as standing up for Taiwan on the world stage and alongside fellow democratic nations.  Look to Hong Kong for what a future tied to China looks like, they say.  By implication, Han and the KMT can’t be trusted to sell out Taiwan to “reunify” with China.  Elect Tsai and the DPP to preserve the nation!

No wonder a common slang phrase “dried mango strips”, which sounds like the “feeling of the nation’s impending doom”, is being bandied about.  This election is very much about the fate of the nation–which each fate being presented to the voters to decide, according to the candidates.

Over the last few weeks the KMT’s Han Kuo-yu and DPP chair Cho Jung-tai (卓榮泰) and many others in their respective parties (though so far I haven’t seen President Tsai wear one) have started dressing the part with military-style clothing.

From a purely esthetic point of view, the Han camp’s jackets seem spiffier and more creative: 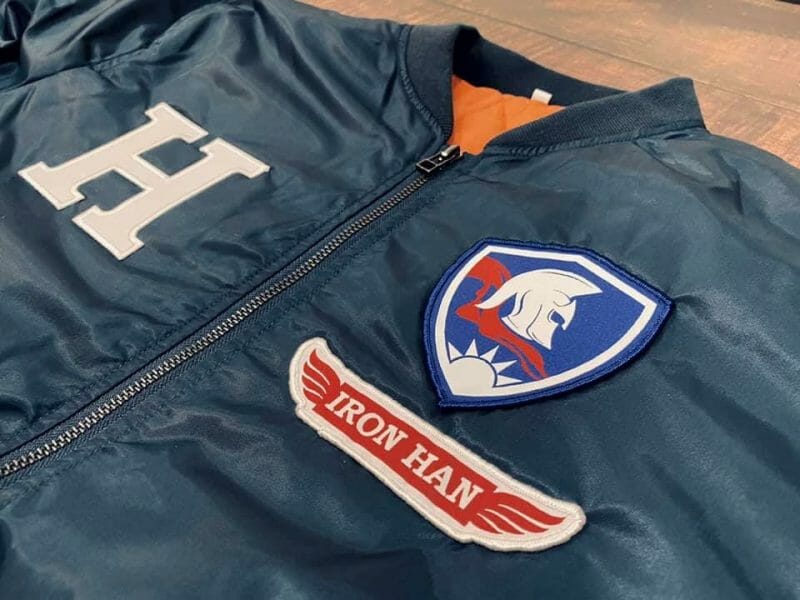 The big “H”, presumably for Han, is clear and prominent.  The “Iron Han” insignia is a clever play on the candidates name.  The patch, however, is a bit alarming–showing a Greek (probably Spartan is what they intend) helmet over what appears to be a river of blood and the ROC (and/or KMT) insignia.  Spartan’s famous “fight to the death” ethic and blood as imagery for a political campaign is disturbing.

Here is the DPP jacket: 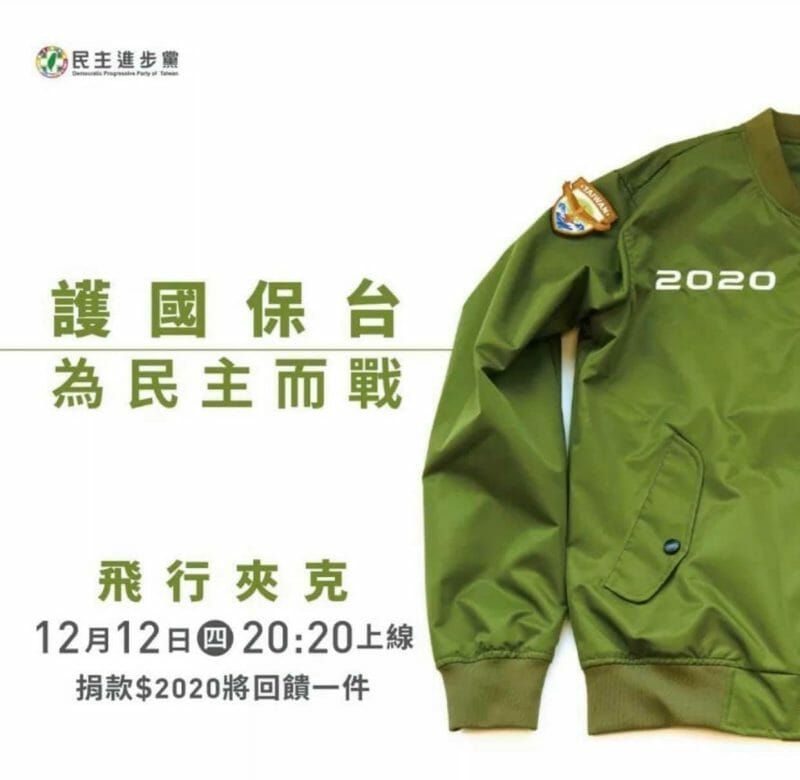 The jacket itself as pictured is not so dramatic, featuring the year of the election “2020” and what appears to be a poorly attached patch with a bird rising over an ocean, and the word “Taiwan”.  The ad text, however, is more apocalyptic: “Protect the nation, protect Taiwan. Battle for democracy”, and below it is described as a “flight jacket” with the call to donate NT$2020 and get a jacket.

It appears both parties figure they need to dress the part for the upcoming “dried mango strips” battle on election day.

TT: Ian Easton On Taiwan: Why I support Taiwan’s independence