Summary: The pandemic effect is back in Taiwan, and things are again being cancelled. The Biden administration makes previously hidden reassurances to Taiwan official policy, and takes a strong stance. Though Taiwan has removed a major food-based irritant from the US relationship, one remains with Japan.

The pandemic is again impacting Taiwan

Two new domestic cases of COVID-19, both linked to a cluster infection at Taoyuan General Hospital, where the number has now climbed to 15.
Contact tracing is still underway, the hospital has undergone mass evacuations and quarantining and concerns are spreading this outbreak is out in the wild after a case appeared–an employee at a Mos Burger–of people with no direct connection to the hospital.
All the people infected so far have been contact traced to hospital personnel, however.
Three local governments, separately issued advisories or bans on travel to Taoyuan for their employees.
Like last spring, events are being cancelled across the country, including the annual national Lantern Festival, local lantern festivals, markets and cultural events.
At least here in Taichung, a clear increase in people wearing face masks again is evident.
That we have finally had a new cluster outbreak was almost inevitable, as there were hundreds of hospital personnel in contact with patients who’d brought the coronavirus back with them from overseas, and the virus is highly contagious.
Worse, about 40,000 Taiwanese are expected to arrive in the nation in the three weeks before the Lunar New Year holiday–so we can expect a significant uptick in the number of imported cases, and the number of frontline health workers at risk.
That being said, clusters were contained last year at a time when the government had less experience than they do now, so it is highly likely they will keep it under control.

Being of such importance to Taiwan, I’ve been watching the new Biden administration’s moves very, very carefully.
Over the weekend the People’s Republic sent 27 aircraft into Taiwan’s air identification zone.
While they have been sending flights nearly every day for awhile now, as far as I can recall they’ve never sent more than three in a single day.
That they sent so many may have been planned for awhile, in order test flying large groups at one time–but the timing they chose was almost certainly no mistake: They wanted to send a message.
With Taiwan Representative Hsiao Bi-khim being the first to be officially invited to the presidential inauguration and not as a guest of someone else, and the Biden appointees talking strongly pro-Taiwan, Beijing thought it would be a good time remind everyone they’re the bullies who’ve been destroying the status quo.
The State Department’s response, entitled “PRC Military Pressure Against Taiwan Threatens Regional Peace and Stability” is a bombshell.
It is short, and worth reading it in its entirety:
“The United States notes with concern the pattern of ongoing PRC attempts to intimidate its neighbors, including Taiwan.
We urge Beijing to cease its military, diplomatic, and economic pressure against Taiwan and instead engage in meaningful dialogue with Taiwan’s democratically elected representatives.
We will stand with friends and allies to advance our shared prosperity, security, and values in the Indo-Pacific region — and that includes deepening our ties with democratic Taiwan.
The United States will continue to support a peaceful resolution of cross-strait issues, consistent with the wishes and best interests of the people on Taiwan.
The United States maintains its longstanding commitments as outlined in the Three Communiqués, the Taiwan Relations Act, and the Six Assurances.
We will continue to assist Taiwan in maintaining a sufficient self-defense capability.
Our commitment to Taiwan is rock-solid and contributes to the maintenance of peace and stability across the Taiwan Strait and within the region.”
The wording in this statement is strong and not designed to appease the Chinese Communist Party leadership, like was traditionally the case.
Note the wording “Our commitment to Taiwan is rock-solid.”
That’s pretty unambiguous.
But that’s not the bombshell line, that’s “The United States maintains its longstanding commitments as outlined in the Three Communiqués, the Taiwan Relations Act, and the Six Assurances.”
Two things jump out here: No mention of the One-China Policy, and the real bombshell, the inclusion of the Six Assurances.
That’s huge.
The Six Assurances were initially issued by then-President Ronald Reagan in 1982 to reassure the Taiwanese that the US remained committed to supporting Taiwan.
They weren’t a formal treaty or official public policy, though–and were only recently declassified.
The Six Assurances issued by Reagan are:
The United States has not agreed to set a date for ending arms sales to Taiwan.
The United States has not agreed to consult with the PRC on arms sales to Taiwan.
The United States will not play mediation role between Taipei and Beijing.
The United States has not agreed to revise the Taiwan Relations Act.
The United States has not altered its position regarding sovereignty over Taiwan.
The United States will not exert pressure on Taiwan to enter into negotiations with the PRC.
What’s huge is that with this public statement by the State Department, they are now formal policy, and listed right up there with the Taiwan Relations Act.
Even Pompeo didn’t do that.
I’m feeling very hopeful on the Biden Administration, though I’m still waiting to see some firm actions, such as arms packages and official visits.
I’m still nervous about Biden himself and especially John Kerry, but I’ll go into detail on that in a future show.

Taiwanese legislators have formed a cross-party group that will promote Taiwan-Japan exchanges.
Legislative Speaker You Si-kun (游錫堃), who serves as head of the group, said they look forward to visits by members of the Japanese Diet and Cabinet to strengthen the friendship between Taiwan and Japan.
95 of the 113 lawmakers in the legislature are part of the grouping.
Ahead of the inauguration of the group, Legislative Speaker You said the government should refer to scientific evidence when deciding whether to lift a ban on food imports from five Japanese prefectures that were impacted by the Fukushima nuclear disaster.
Like the racto-pork issue, this has been an irritant in Taiwan-Japan relations.
In a referendum in November 2018, a majority voted in favor of retaining the ban, but the referendum’s legality expired after two years.
You is correct that science should be the standard, and other countries have long since lifted the ban based on the science.
The problem is that in Taiwan food safety is a very emotive issue as a result of many previous scandals, and of course Taiwan’s strong foodie culture.
President Tsai has had to spend quite a bit of political capital on the issue, though it doesn’t appear to have hurt her or the DPP much in polling, nor does it appear to have helped the KMT at all–though the Taiwan People’s Party may have benefited a bit.
Though up to now the TPP has opposed the allowing of racto-pork imports, party chair Ko Wen-je has said he is “not opposed” to lifting the Japanese ban.
In the racto-pork case, President Tsai did so unilaterally, and so far the US side hasn’t responded with an offer on trade talks.
In the case of Japan, she may want to keep her powder dry and keep it as negotiating chip if trade talks ever materialize.

Screengrab from US Dept of State 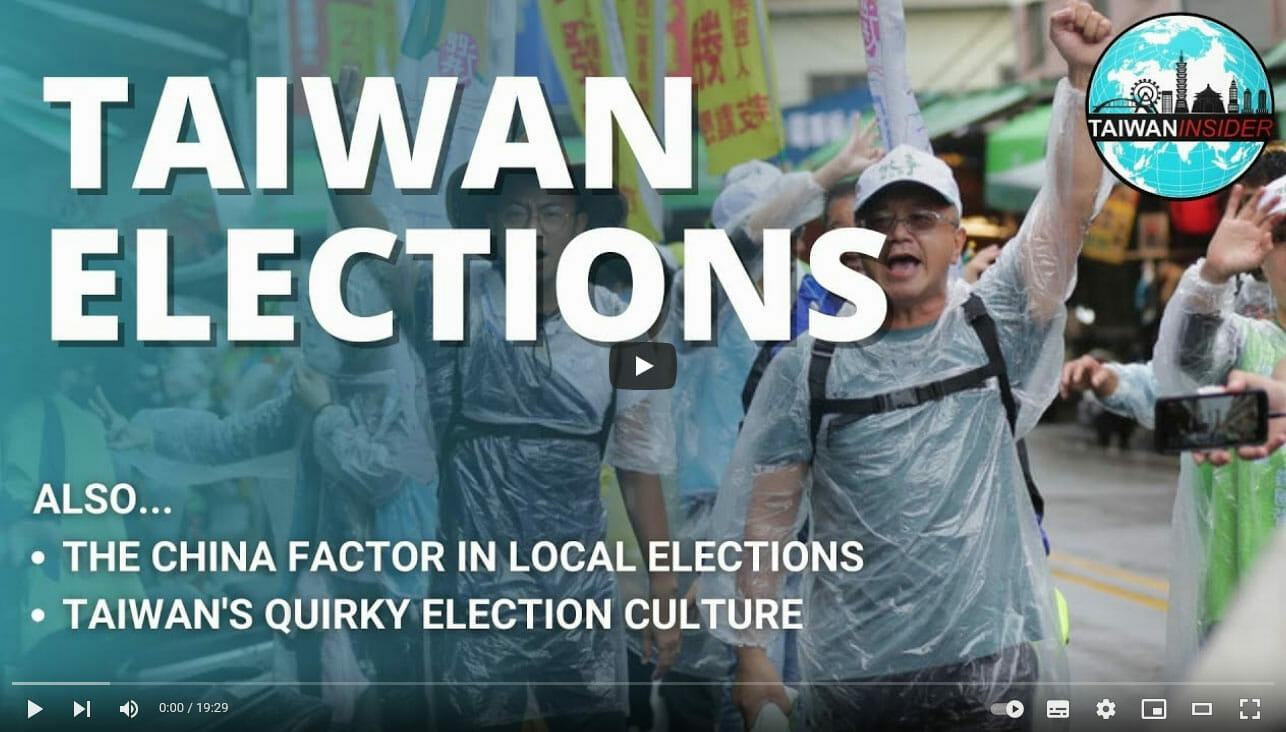