New Year’s festivities to go ahead

Barring a last-minute coronavirus outbreak, Central Taiwan’s New Year’s Eve concerts and events look set to go ahead.
Not everything is completely normal, however, with various measures being taken due to the pandemic.
At the main New Year’s Eve event and concert in Taichung’s Central Park, attendees will be limited to 40,000.
Mask wearing will be required, temperatures will be taken and IDs must be presented to enter.
Traffic controls and shuttle buses will be operating from 4 pm onward.
A second Taichung event in the Renhua Park in the Dali District will be limited to 10,000 people, and have similar restrictions.
Changhua County’s event this year will be kicking off at 5:30 in Beidou Township.
To enter people must scan in a QR code to assist contact tracing, and food will not be available.
Changhua City’s event will be taking place out front of the train station, and starts at 6:20.
Masks will be required, anyone displaying symptoms will not be allowed in and guests are required to keep their cell phones on at all times.
Nantou County’s festivities begin at 7 at the Nantou County Stadium in Nantou City.
Masks will be required, and IDs will be checked.

Taichung is well known for having the best weather in Taiwan, especially compared to rainy Taipei–but this year it has become a problem.
Faced with the lowest rainfall in 52 years, Taichung–along with Miaoli and Hsinchu–are going to face water restrictions starting January 6.
Irrigation water will be limited to farmers, effectively ruling out the first planting season.
Companies are being asked to reduce their water use, and further reductions could be on the horizon.
From June until the end of the year, Taichung received less that 800 millimeters of rain.

Danish energy giant Orsted is to sell a 50% stake in the 605MW Greater Changhua 1 offshore wind farm to a consortium comprising global institutional investor Caisse de depot et placement du Quebec (CDPQ) and Taiwanese private equity fund Cathay PE.
The deal is worth NT$75 billion, and doesn’t include the separate Greater Changhua 2a project also being build by Orsted.
The two new partners will finance half of the payments under an engineering, procurement and construction (EPC) contract, which covers both the generation and transmission assets.
Orsted will also act as the EPC contractor and will deliver long-term operations and maintenance services from its base at the Port of Taichung.

In a video posted online, Taichung-based YouTube personality Wu Hsiao-chen (吳小珍), her husband and two sons embarked on a hunting trip through the farms fields and forests along Changhua’s Erlin River.
Using only slingshots, the family shot 41 green iguanas in the course of a day.
The green iguanas are an invasive species and have been blamed for eating agricultural crops and crowding out smaller, native lizard species.
According to the Council of Agriculture (COA), some 14,536 iguanas have been removed and killed this year.
The video has been viewed hundreds of thousands of times.
Not everyone was amused, however.
The Changhua County Department of Agriculture Director-General confirmed that the family captured 41 iguanas in a day, but warned that the video does not accurately represent how difficult it is to hunt them.
He also said he fears that an influx of novice hunters would scare the iguanas into expanding their territory, making population containment more difficult.

Petsmall, a Taichung-based pet supply store, has reported more donations than ever for its year-end drive, collecting enough money and food to feed nearly 100,000 stray dogs and cats.
A wall of cans towered over company employees as they displayed the results of the drive in a Petsmall parking lot in Taichung.
The donations were distributed to rescue operators nationwide by Animal Rescue Team Taiwan.
The firm has also partnered with pet goods importer Junbai.

A woman in the Dajia District had her scooter returned to her, 26 years after reporting it stolen.
She had only owned the scooter for one year at the time.
According to the police, a rookie officer was patrolling with a colleague when a dust-covered scooter caught his attention.
Looking it up, he discovered it had been reported stolen in 1994.
The now 72-year-old woman assumed the scooter was long since sold for parts, and initially thought she was being scammed when police called her.
The thank the police, she gave them crispy butter cakes, which are a local Dajia specialty. 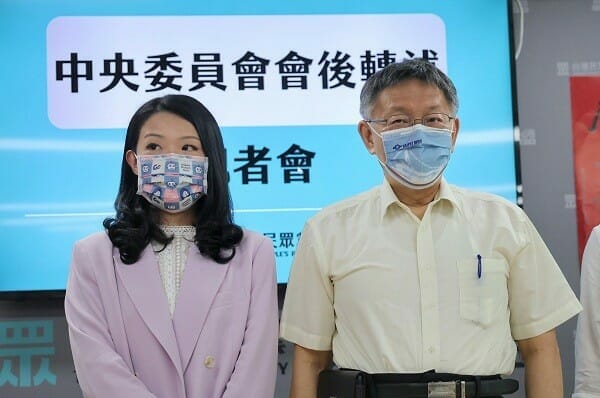